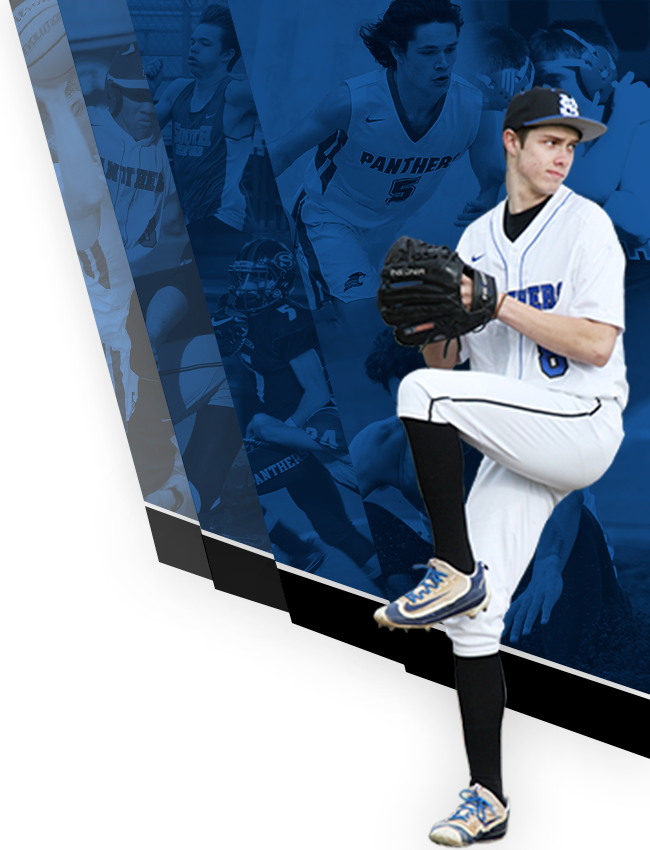 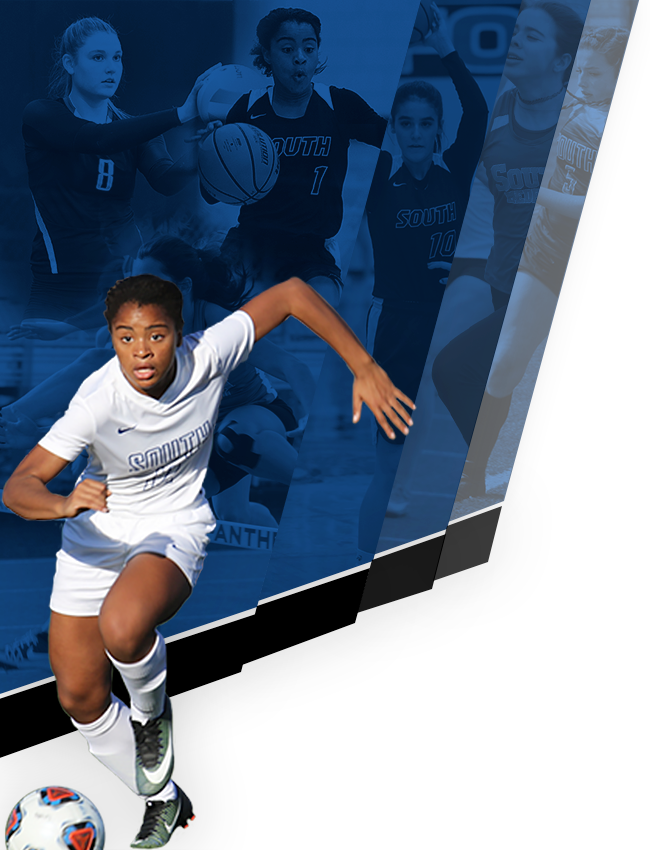 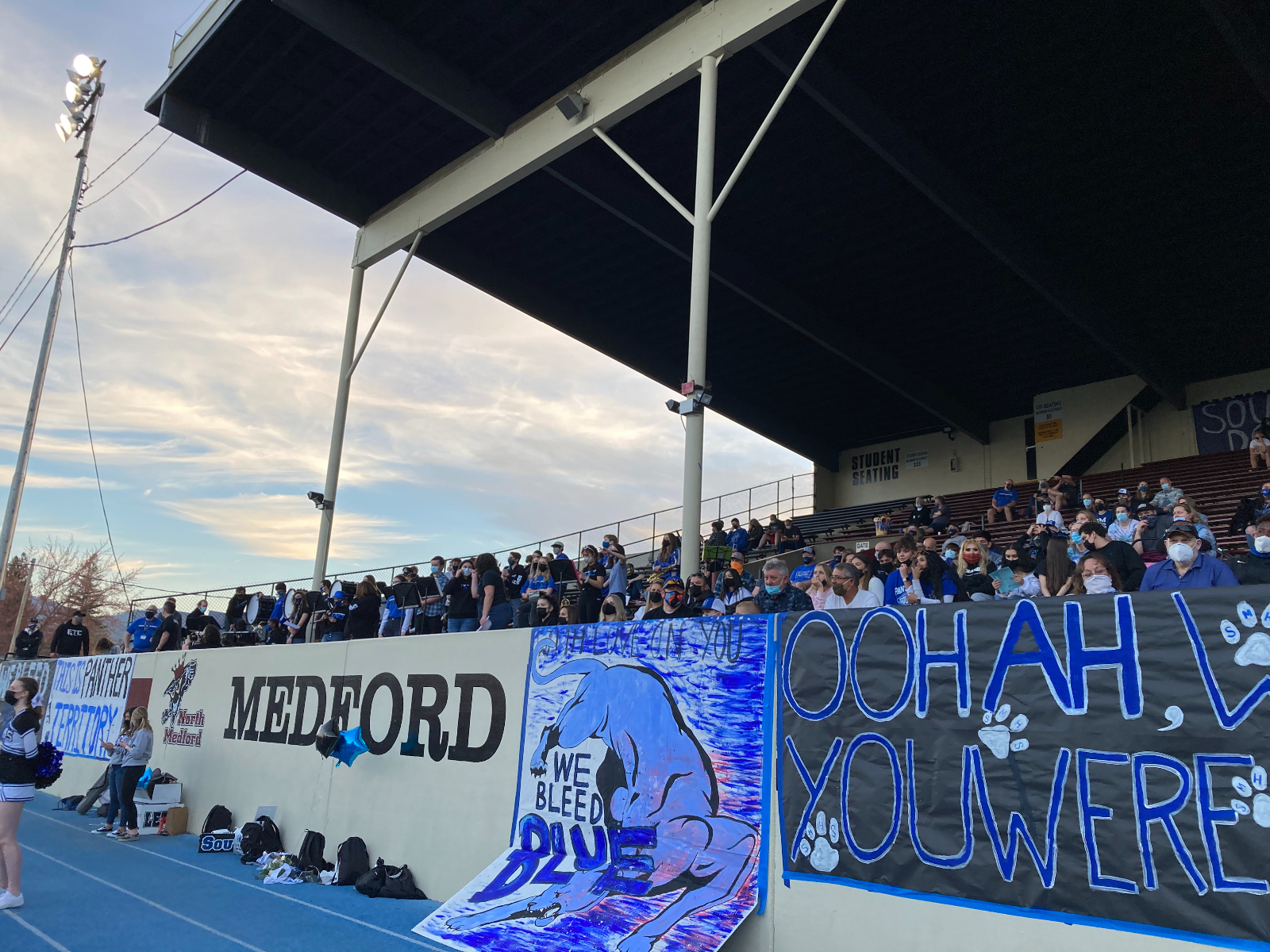 The saying is always it’s not how you start but how you finish the game.  The South Medford Panthers started the season with a 6-9 loss to Crater but bounced back to win their next four games to sit atop the standings in the Southern Oregon Division for OSAA Season 2 in 2021 (aka our fall season postponed to spring). With the head to head win over North the win gives the Panthers the league championship as well as the city bragging rights for the season.  The Panthers trailed 20-0 before Deacon Edgar hit Andrew Walker on a 5 yard pass before the half.  Jude Pannell was on his kicking game again and hit the PAT for a 20-7 game.  North answered with a touch down and 24-7 halftime lead.  The second half belonged to the Panthers.  Carson Cota picked up his first touchdown reception of the night at 9:40 in the 3rd quarter on a 32 yard pass from Edgar. Add the Pannell PAT 14-27.  Walker came up with another big catch that set up Carson Joe for the 6 yard run for a 21-27 game.  North answered with a touchdown and 21-34 game. Enter an Asher Johnson interception for South and the Panthers were on the drive again. Cota picked up another catch for 60 yards and a Edgar 2 yard run put the Panthers on the board and down 28-34 with 1:53 left.  Pannell, a rookie football kicker this season but a veteran soccer player, was sent on the field for an onside kick.  Lucas Rivera hit the pile to recover the kickoff and give the Panthers time to drive. A mixture of run and pass plays left the Panthers on the 7 yard line and a run by Edgar for his second rushing td of the night to go along with two passing td and a 35-34 lead.  The Panther defense continued their hard work and held the Tornado from scoring for the win.  We applaud our linemen and all the work they had to do up front and on the defensive side.  The defense had many that stepped up and contributed.  The Panthers had opted earlier in the week to not play a culminating week game and knew this was their season finale. Coach Singler challenged them to leave everything on the field which they did.  We appreciate the contributions of our 22 seniors this season and the adaptation of all the players as the season continued over 9 months with weekly changes due to covid.  Go South!